Still a Challenge: Raising Awareness of and Tackling Islamophobia 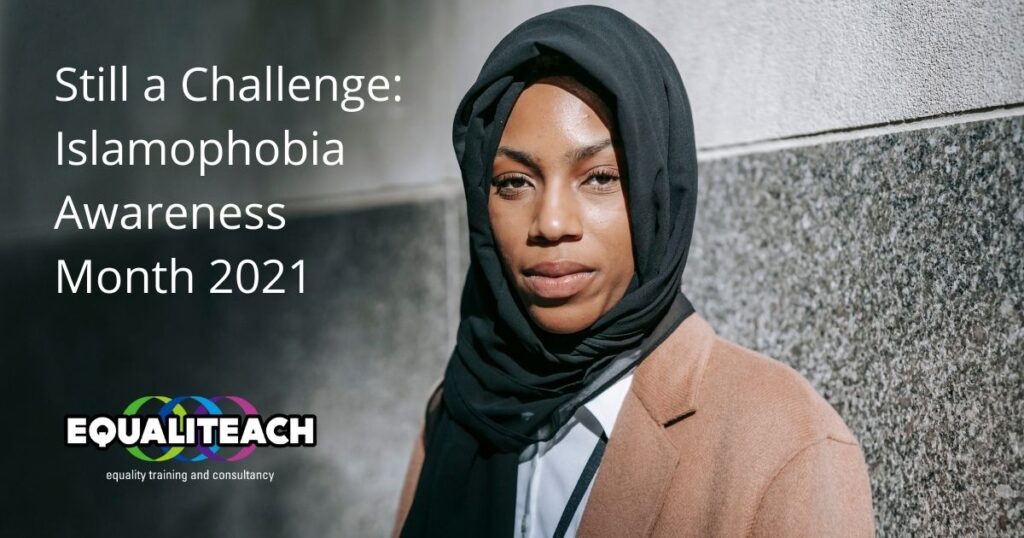 By Saira Hassan: saira@equaliteach.co.uk
November is Islamophobia Awareness Month, established in 2012 ‘to deconstruct and challenge the stereotypes about Islam and Muslims’. In this blog I will share definitions, real life examples, personal experiences and my thoughts on how we can reject and tackle Islamophobia to create a more inclusive environment for all.

So, what is Islamophobia? The All-Party Parliamentary Group (APPG) for British Muslims state “Islamophobia is rooted in racism and is a type of racism that targets expressions of Muslimness or perceived Muslimness” (All-Party Parliamentary Group, 2018). Alternatively, MEND defines Islamophobia as “a prejudice, aversion, hostility, or hatred towards Muslims and encompasses any distinction, exclusion, restriction, discrimination, or preference against Muslims that has the purpose or effect of nullifying or impairing the recognition, enjoyment or exercise, on an equal footing, of human rights and fundamental freedoms in the political, economic, social, cultural or any other field of public life.” Islamophobia has become a systemic and institutional problem preventing many Muslims from progressing in the workplace, having a complete sense of freedom and being able to feel comfortable within school, the workplace and general society.

One sector where we can clearly see that Islamophobia is rampant is within the media. Miqdaad Versi, Director of Media Monitoring at the Muslim Council of Britain has singlehandedly spent many hours highlighting the gravity of the situation. Miqdaad has been described as the “UK’s one-man Islamophobia media monitor”. A 2018 Guardian news article on Versi’s fight against Islamophobia revealed that out of 24,750 articles on Muslims that he had recorded since August 2016, 14,129 were negative. A 2007 study revealed that 91% of articles on Muslims and Islam published in one week were negative painting an inaccurate and negative picture of Muslims in the minds of readers. Baroness Sayeeda Warsi has stated that the media are complicit in the increase of Islamophobic views and attacks because of the “daily poisoning” exhibited against British Muslims by the media.

“Still a Challenge for Us All”

Often people may have an unconscious bias towards Muslim students or colleagues which clouds their judgement. The Runnymede Trust published a report in 1997 titled ‘Islamophobia: A Challenge for Us All’ which highlighted the extent of Islamophobia across the UK. 20 years later they published another report ‘Islamophobia: Still a Challenge for Us All’ which reiterated the extent of the deeply entrenched Islamophobia . The report states “As with many Black and minority ethnic groups, Muslims experience disadvantage and discrimination in a wide range of institutions and environments, from schools to the labour market to prisons to violence on the street.”
There are countless case studies that highlight the mistreatment that Muslims and those perceived to be Muslim are facing.

Examples of Islamophobia in schools

In the last fortnight I have personally heard examples of Islamophobia when delivering workshops in schools. Most recently, whilst discussing identity-based bullying, when asked to share an example of where they had witnessed Islamophobia, a Year 8 student revealed a time when a Muslim student volunteered to take part in a play during a History lesson, another student shouted out that the play was not about terrorism, therefore the Muslim student wasn’t required. I have since shared this example with other settings and the shock, horror and heart-breaking feeling that I experienced the first time has not disappeared.

Other examples included Muslim girls having their hijab pulled off. As a visibly Muslim woman the shock I felt was evident instantly. I had to take a moment to absorb what I was hearing. As the workshop lead, I felt I had to pause before hearing other experiences of identity-based bullying in case I could no longer carry on. I did not want the students to stop sharing their experiences, but I had to take a moment to compose myself.

“Did anyone stand up for them? Were they confident enough to challenge this themselves?”

This was the impact of just hearing the incident, I wondered how the young students who experienced these forms of Islamophobia had felt in those moments. Did anyone stand up for them? Were they confident enough to challenge this themselves? Did the class teacher step in and use this moment as a learning tool to educate the class about Islamophobia? Did the classroom teacher check-in with the Muslim student and other Muslim students in the classroom? Has the school recorded this incident? Many questions whizzed through my mind.

What surprised me further was the lack of intervention from teachers and other members of staff, and the lack of awareness of how to deal with identity-based or prejudice-related bullying. Our advice when prejudice-related incidents take place is for teachers to always intervene and challenge, as well as record each incident to see trends and find solutions. Each school and educational setting should have a robust procedure in place to tackle any type of prejudice-related bullying. Although there are many teachers that would intervene, it is unfortunate that many feel unequipped to do so, or simply ignore the matter.

Islamophobia in the workplace

Within the workplace many Muslims have also experienced Islamophobia. I have personally experienced a lack of understanding of my religion, my choices to wear the hijab, and judgement for choosing to fast during Ramadan by previous employers. For example, at that age of 18 whilst working for a leading Law firm, my manager often made jokes regarding fasting and would often say no one could see me therefore I could break my fast. In another incident, a joke was made about removing my hijab to show everyone my hair. I often wonder why these individuals felt entitled enough to make such derogatory comments about my religion and religious choice.

More recently in my previous position, I and other Muslim colleagues often had lengthy discussions about how we would ask for time off for Eid as there was a culture of negativity towards asking for a day off to celebrate with our loved ones. I recall many Muslim colleagues choosing to work rather than have the difficult conversation to request leave. Other colleagues were asked to cancel other annual leave to keep a day spare for Eid and many were told to teach their morning lessons then have the afternoon off. If supply staff could be called in at the last minute to cover sickness, why could supply staff not be given a few days or weeks’ notice to allow for a Muslim teacher to celebrate Eid?

“Colleagues would ask me to talk about Muslims and things she’d see in the media, as if I was the spokesperson for the entire religion.”

A research report co-compiled by Dr Suriya Bi and Muslim Women Connect found that 47.2% of women stated they had encountered Islamophobia and discrimination as a challenge in the workplace. One woman revealed: “Colleagues would ridicule me when fasting, asking ‘are you still starving or whatever’. Colleagues would ask me to talk about Muslims and things she’d see in the media, as if I was the spokesperson for the entire religion. Colleagues would jokingly put alcohol glasses in my face asking if I wanted to drink it. Colleagues would get annoyed when I said I couldn’t go to the pub.” (Muslim Women Connect and Bi, 2020: 29).

Furthermore, members of the Muslim community are often expected to speak up when terrorist organisations misuse the religion of Islam. Speaking up for your community, or religious group, is a very personal choice, but Muslims are expected to condemn terrorist attacks as if they are to blame or have a part to play. This can have a detrimental impact on someone’s mental and physical health, as well as forcing them to question their position in the environment.

The gravity of attacks against women and girls

Muslim women and girls are often singled out as the focus of Islamophobia rhetoric and attacks. The 1997 Runnymede Report highlighted the gravity of attacks against women. The anniversary report in 2018 further explained how Muslim girls and women continued to face even more Islamophobic hate, especially concerning their freedom of speech and dress. Often women are mislabelled as oppressed and their choice to adopt the hijab (headscarf) or niqab (veil) is framed as forced and disempowering. Muslim men are then labelled as misogynistic and controlling (Runnymede Trust, 2018). Stereotypes like this are denying Muslim men and women of their agency. Increasingly, men and women are bravely sharing the Islamophobic hate they have experienced.

“Islamophobic comments from an impolite customer regarding the hijab telling me that she wished I wouldn’t wear ‘that thing’ as British women had fought for the right to vote and do what they wanted and not for people ‘like me’ to have to wear it.” (Muslim Women Connect and Bi, 2020: 29).

Most recently, Zarah Sultana Labour MP for Coventry South bravely shared her experience of receiving Islamophobic hate which you can watch here. Zarah Sultana continues to fight against Islamophobia within politics and continues to encourage more young Muslim people to join the political arena to ensure there is fair representation.

From these testaments and my personal experiences it is clear that Islamophobia is still a problem. I recently read a personal account of an employee being treated unfairly because they requested time to perform their daily prayers and was timed throughout their break. The afternoon prayers take approximately 10 minutes to complete, often even just 5 minutes. The image below sums up exactly how some organisations need to change their views towards any type of religious observance, and what they should be doing to be more inclusive for their Muslim employees and Muslim students. It is extremely important that we all work together, as a collective, to undo the unconscious bias that revolves around Islam and Muslims, to work towards a more accurate understanding of Islam and Muslims across the world.

Find out more about the services EqualiTeach provides to support schools with this work here: Equality services for education settings 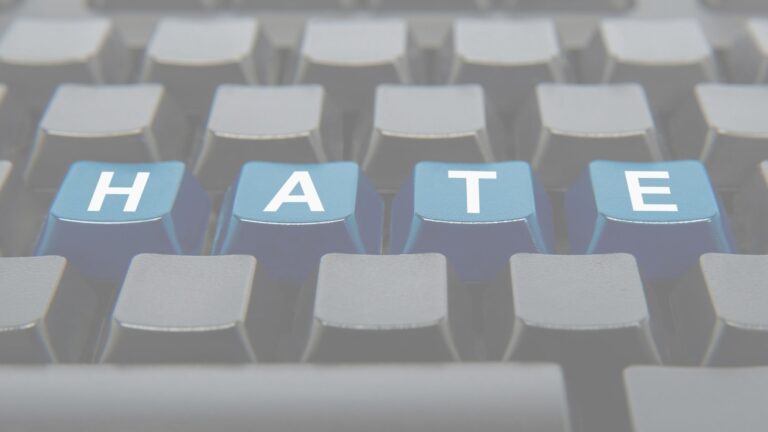 Supporting Young People in Response to the Israel/Palestine Conflict 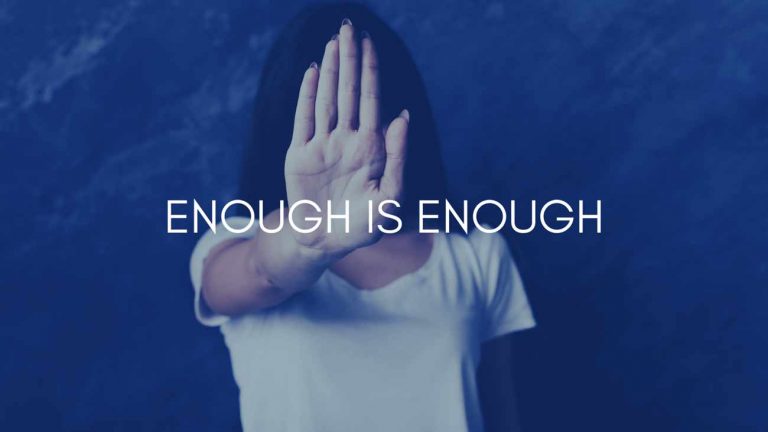 Enough is Enough: Tackling Sexism and Sexual Harassment in Schools